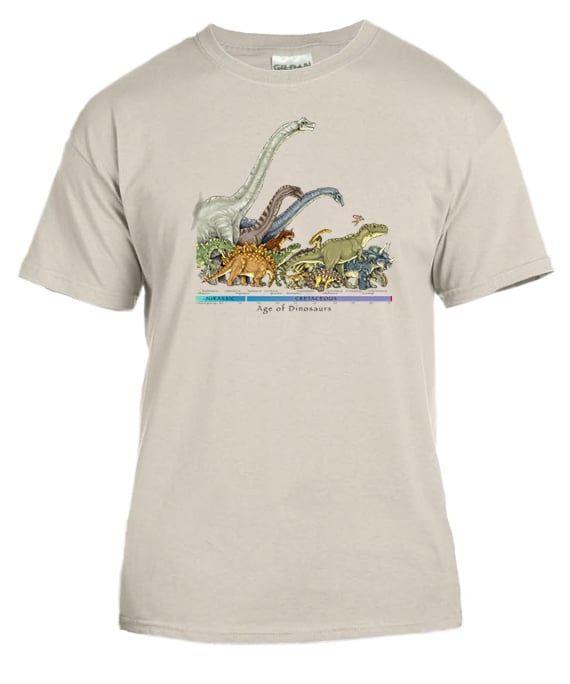 Dinosaurs were among the most spectacular and successful creatures that ever existed. They roamed our planet for 150 million years, lived on every continent and evolved into an amazing variety of forms. This awesome dinosaur t-shirt show the evolution of the great creatures, from their earliest beginnings until their extinction 65 million years ago.
The early years of dinosaurs are shown on the back, working up to the front as they evolved into larger and more spectacular forms.
Printed on Gildan 100% cotton t's in stone color, a guaranteed favorite for the dinosaur fan.